Nigerian Afro-pop star, Davido, and his chef partner, Chioma Rowland have lost their son, Ifeanyi.
According to various reputable news outlets. Ifeanyi, three, drowned in a swimming pool at his residence in the Banana Island area of Lagos State.
The incident happened on Monday night, a few days after his third birthday.
lfeanyi who was born in 2019 was said to have been underwater for a very long time before being rushed to a hospital but was sadly confirmed dead on arrival.

Davido, real name David Adeleke, 29, is yet to make any official statement but it is thought he Chioma were not at home when the incident occurred.
The singer, best known for songs If and Fall, shares daughter Aurora, six, with ex Sophie Momodu and daughter Hailey Veronica with his ex Amanda.
Lagos State Police Command spokesman Benjamin Hundeyin told Daily Post: ‘It is true, the child is dead.

‘Domestic staff at Davido’s home have been taken to the station to give their own account of what happened. I wouldn’t call that arrest yet.
‘If after they all give their own account of what happened and after preliminary investigations, if anyone of them is found culpable, the person will now be placed under arrest.’
Ay Comedian, William Uchemba, Paul Okoye and several other celebrities have all publicly shared their condolences.

Nigerian film actress Iyabo Ojo wrote: ‘I don’t even know how to react to this rude shock. I was hoping it wasn’t true.’

He said: ‘I have known Chioma for about seven years. We have been dating for about five years. Lati introduced me to Chioma.

‘We went to the same school, Babcock University. We started as friends but I got so used to her and she got so used to me as well. She is a great cook as well.’

Although not married, Davido often referenced Chioma as his ‘wife’ in several interviews. 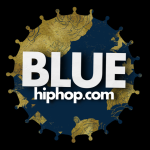 TAKEOFF DEAD AT 28 … SHOT IN HOUSTON